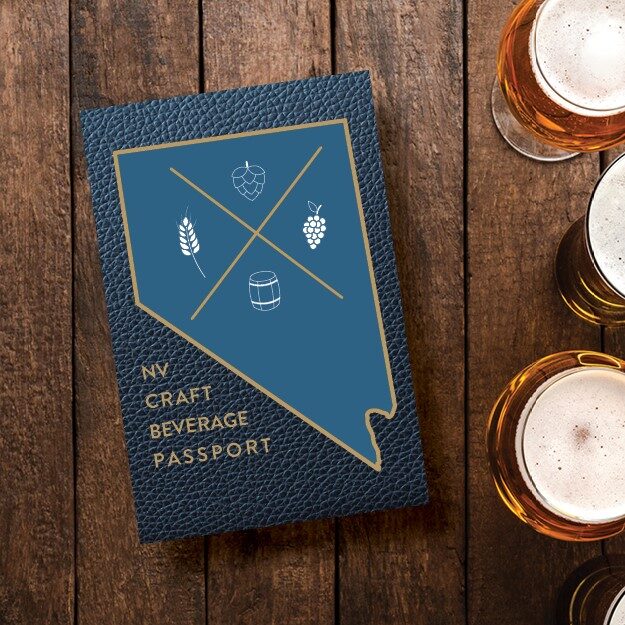 Article submitted by the Nevada Department of Agriculture

The Nevada Department of Agriculture (NDA), Made in Nevada and 37 Nevada craft beverage makers partnered to create the first Nevada Craft Beverage Passport. This passport highlights craft beverage establishments across the state and supports local Nevada businesses. To celebrate the inaugural passport, the NDA and Made in Nevada partnered with IMBIB Custom Brews and CraftHaus Brewery to host the Nevada Craft Beverage Passport launch event on Friday, Feb. 25, with remarks from Governor Steve Sisolak, NDA Director Jennifer Ott and Made in Nevada Senior Project Manager Karen Coe.

“We appreciate what these establishments do, the jobs they create, and the enhancement they bring to the great state of Nevada,” said Governor Sisolak. “Please drink responsibly while supporting these small businesses and tasting the craft beverages of Nevada.”

The event was hosted at IMBIB Custom Brews with a satellite celebration in Las Vegas at CraftHaus Brewery. In honor of the passport, IMBIB brewed the Land of the Setting Sun Lager, a pre-prohibition style lager, named after the opening line of the Nevada state song, “Home means Nevada.”

“This is a great, collaborative industry where people share a lot of information, ingredients and equipment, and we wanted that to be reflected in the beer,” said IMBIB co-founder Matt Johnson. “We were able to get malt from 40 Mile Malt in Fallon and grain from Bently Heritage Ranch in Minden. It’s all about highlighting those Nevada-grown ingredients.”

The Land of the Setting Sun Lager can be found at IMBIB, CraftHaus Brewery’s Arts District tasting room and select passport locations, but all participants in the Nevada Craft Beverage Passport make their brewed, distilled or fermented beverages locally, and locations using locally sourced agriculture ingredients are highlighted in the passport.

“This is a fun way for Nevadans and tourists to visit and support local businesses while learning more about Nevada’s food, beverage and agriculture sector,” said NDA Director Ott. “This passport highlights the flavors of Nevada, including beverage makers using Nevada-grown agriculture ingredients such as grapes and other fruits, malt and grain.”

Each participating establishment has its own page in the passport with information about their craft beverages, a section to take notes and a designated space to mark the visit with a stamp. Stamps for the 2022 passport can only be collected through Dec. 31, 2022, and must be mailed to the NDA by Jan. 5, 2023, to be eligible for a prize. The more locations stamped, the bigger the prize passport holders can redeem at the end of the year. Some locations are also offering drink and product specials for passport holders. Passports are available at all participating locations. Learn more about the Nevada Craft Beverage Passport and view the full list of participating locations to pick up a passport at agri.nv.gov/passport.

About Made in Nevada
Made in Nevada is a statewide, collective-marketing organization that connects, promotes and supports Battle Born businesses of all shapes and sizes, acting as a strong, focused, unified voice, always shouting praise for Nevada business from the highest point in the state (which is Boundary Peak, by the way). Made in Nevada partners with businesses and organizations to keep the entrepreneurial spirit vibrant in the state. Made in Nevada is funded and supported by the Nevada Small Business Development Center and housed at the College of Business at the University of Nevada, Reno.