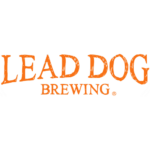 Ryan Gaumer owned Lead Dog Brewing literally as soon as he could. “The night of my 21st birthday, I was submitting ATF (Alcohol, Tobacco and Firearms) paperwork instead of getting trashed downtown,” he says. “I was the youngest brewery owner in the country.”

Since its beginnings as a taproom, Lead Dog has significantly expanded to incorporate an enormous tasting room and production facility in Sparks, from which issue more than three dozen canned releases. Lead Dog and Mammoth Brewing of California recently announced their merger.