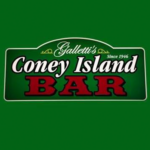 Walk into the Coney Island, and you walk into northern Nevada history. The 1935 brick building once housed the tamale factory of the Galletti family, who had been in the wholesale ravioli, enchilada and tamale business locally since the early 20th century. In 1946, the Gallettis turned the factory into a bar and restaurant, now among the oldest in Northern Nevada.

Today, the family still owns and operates the restaurant, which takes its name from the Coney Island amusement park that once sat across the street.